To this day, Panerai is one of those distinct and immediately recognizable brands that is loved by many—especially those with the wrists large enough to pull off their often substantial cases. Any self-respecting watch nerd knows of their iconic Luminor and Radiomir models, but the many stories that came along with the brand’s successes and struggles over their long and sometimes troubled history are often lesser-known.

Alongside a few other interesting unknown snippets from the Panerai narrative, we aim to fill in those gaps, and shed a bit of light on some of the other fascinating points that have led the brand to the strong position it stands in today—a major player in the Richemont Group’s portfolio.

The Birth of Watch Lume

Aside from general design, movement complexity, and finishing, ask a watch enthusiast what he looks for in a good watch and more often that not, a brightly glowing application of luminous material for hands and indices will be somewhere on that list. Adding lume to a watch is a practice that has been around for nearly a century now, with Panerai being at the forefront of its migration into watchmaking.

After the discovery of Radium in 1898 by Pierre and Marie Curie, Panerai set out onto their own path to find a way to use this self-illuminating material as part of the military instrumentation—a core part of their business at the time. In 1916, the patent for Radiomir was filed; a paint/paste made from a mix of radium bromide, zinc sulfide, and mesothorium with excellent low-light visibility and strong underwater adhesive qualities. Little did they know at the time how much this development would end up impacting the watch world as a whole.

Back in the very early days, Panerai did not have the resources, nor the motivation to produce its own calibers. First founded as a watch retail and repair facility in Florence in 1860 under the name, Giovanni Panerai and his son Leon Francesco saw an opportunity to diversify into both designing their own watches using Swiss suppliers—Rolex being one of them—as well as moving into the realm of mechanical engineering and the production of instrumentation.

By the early 20th century, then run by Giovanni’s grandson under the name Guido Panerai & Figlio, the brand established itself as an instrument supplier of the Royal Italian Navy, and with World War II on the horizon and Rolex having already opened the doors to the idea of a waterproof watch case, Panerai set forth to produce their own wristwatch suited to the navy’s needs.

Thanks to the aforementioned development of their Radiomir luminous material, Royal Italian Navy frogmen were presented with the first Radiomir watch in 1936—a 47mm wristwatch powered by a Rolex hand-wound caliber with bright glowing indices that could be read during their underwater missions.

On the more modern end of the spectrum, one of Panerai’s most groundbreaking creations to date came in the form of the Panerai Lab-ID Luminor 1950 Carbotech, unveiled at SIHH in 2017. In recent years we’ve seen many brands alternating to new materials in order to extend the service life of their watch movements (in particular the propagation of silicon), but thanks to a combination of carbon, tantalum-based ceramic, and an array of proprietary coatings, Panerai has created the caliber P.3001/C as an unlubricated caliber capable of running a guaranteed 50 years without servicing.

This is no small feat, and we’re genuinely curious to see how these watches fare as the first few decades come and go. It’s also worth noting that through the design of the caliber the brand was effectively able to eliminate the need for conventional jewels as pivot points in all but four key points in the movement, which played a key role in avoiding the need for more frequent servicing.

The Time of Instruments

Filling the void between the post-war era and the arrival of Dino Zei, Panerai did not entirely halt the manufacture of wrist-mounted devices. Being in the era long predating dive computers, the brand’s wrist-mounted depth gauges and compasses were still in relatively high demand. These massive liquid-filled devices, of course applied a heavy dose of luminous material—so much so that during the war days a cover needed to be devised to avoid being seen by enemy soldiers until the frogmen reached a sufficient depth to be out of sight.

Eventually made obsolete by modern technology, these unique pieces of Panerai history (though desirable) trade hands for relatively modest prices at auction and in the online marketplace—often in the sub-10k range. That said, they are still the ultimate addition to any Panerai enthusiast’s collection.

A Slow Struggle and Rebirth

As with many modern-day watch brands whose history extends more than a century, Panerai did not consistently remain in the wristwatch segment through to present day. 1956 marked the formal end of the brand’s partnership with Rolex, and from that point through until the early ‘70s, even the company’s instrument manufacturing arm was in somewhat dire straits.

After the passing of Giuseppe Panerai in 1972, Dino Zei took the helm of the company—the first non-Panerai to take charge since the brand’s inception—forging ahead under the now-utilized name of Officine Panerai by maintaining operations crafting diving tools and aerospace instruments. In 1993 Dino unveiled the brand’s formal return to consumer-based watchmaking with three limited edition models including a Luminor, Luminor Marina, and the Mare Nostrum; a watch first prototyped by the brand back in 1943.

A Sense of Community: The Paneristi

First founded in 2000, Panerai’s collector community is one of the largest and strongest of its kind. Not only did Paneristi.com become a reference point for all things brand news, gossip and debate in a time where Wikipedia wasn’t a thing yet, but it also quickly grew into one of (if not THE) largest single-brand watch enthusiast forums out there.

Since then the group has been slightly splintered, as Panerai Central also found its place as an “all things Panerai” hub as of around 2011. Though generally speaking, these kinds of brand-centric enthusiast communities operate entirely independently from the brands they love, 2016 saw Officine Panerai formally embrace Panerai Central as an entity, beginning with a first brand-sponsored club event in Beverly Hills.

Under the ownership of the Richemont Group as of 1997, the move to in-house calibers at Panerai was an eventuality that finally came to fruition in 2005, having first opened the doors to its Neuchatel production facility 3 years earlier. Given its history of hand-winding, the P.2002 (a name commemorating the beginning of its development) featured hours, minutes, and small seconds, as well as a GMT complication, date display, and power reserve indication.

Using a Glucydur balance vibrating at 4Hz, and three mainspring barrels delivering an 8-day power reserve, this first caliber was no slouch by any accounting. Since then the brand has continued to expand its range of calibers that are now a mix of handwound and self-winding.

On the list of modern Panerai models, the beloved Bronzo is one of the few Panerai watches that truly took the industry by storm when it first launched in 2011. Not only is the piece solely responsible for the current boom of bronze watches in the watch industry today, but it is also one of the few Panerai to near-immediately command a premium above its retail price when pieces began to hit the secondary market.

Even today, these watches that originally retailed for a between $7,000 and $8,000 USD are trading hands between $26,000 and $32,000+ on any given day. Though some collectors voiced concerns as Panerai has issued a few more limited-edition bronze watches, the original Bronzo seems to be holding its own just fine. 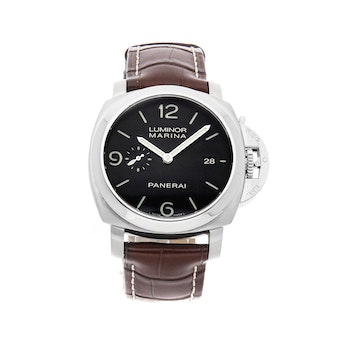 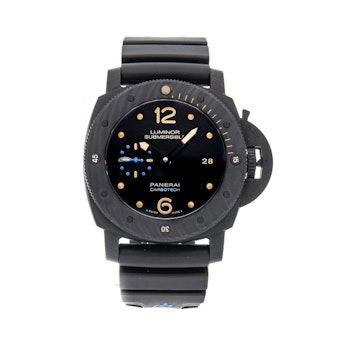 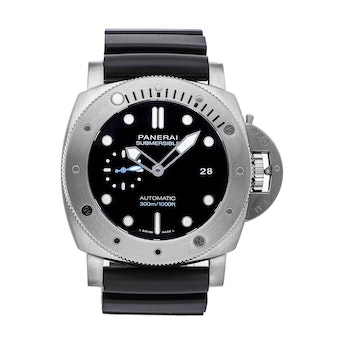 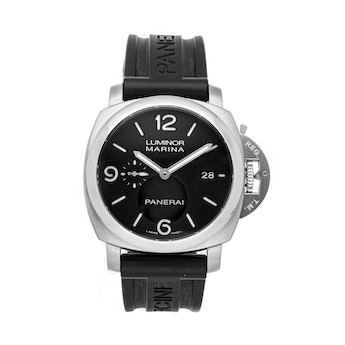 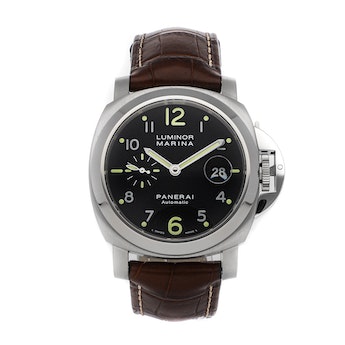 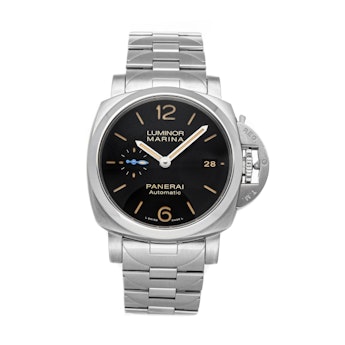 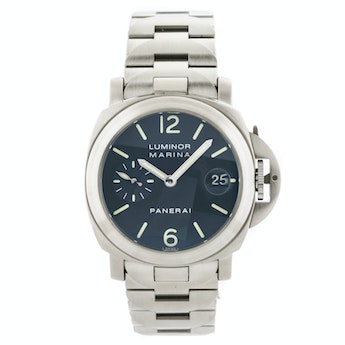 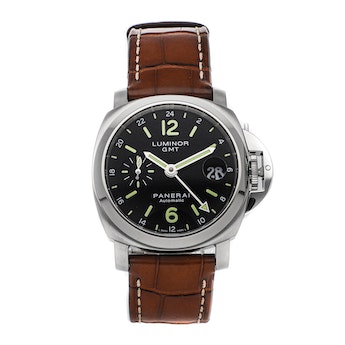 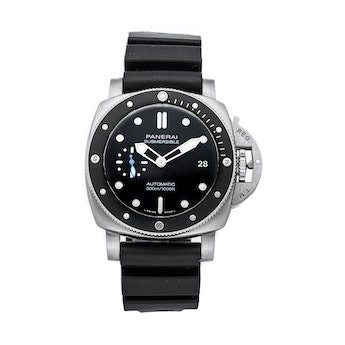 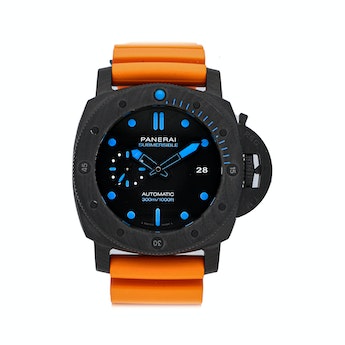