Whether for a loved one or a little gift to yourself, the wide range of watch complications out there have the ability to bring a smile to any enthusiast’s face. Sure, there are some beautiful watches out there that just tell time, but countless others boast an array of additional indications known as complications.

As you’ll see in the list below, some are more complex than others, however all require additional (and complicated) mechanisms in order to display this more detailed version of time. Across the site you’ll see more lists dedicated to each of these categories, but for now, here’s a quick “what you need to know” about some of the more common complications out there.

Of the list, a chronograph has long been (and always will be) the most practical complication available when it comes to day-to-day wear. Whether you’re cooking, keeping track of time spent on a specific task, or just satisfying your inner peak-level OCD, a good chronograph is meant to be put to use. In the case of the Rolex Daytona, you’re looking at a real icon in the category. With roots going back to the 60s, a long history of association with motorsport, not to mention an incredibly high level of desirability that has led to long waitlists from Rolex ADs, the modern Daytona 116500LN is a quintessential example of the much loved wrist-mounted timer.

To the non watch enthusiast, the term “perpetual calendar” might not be as obvious offhand, but once the description is qualified it makes quite a bit of sense. Basic calendar functions on your average watch will always roll through 31 days, forcing its wearer to roll the watch ahead on shorter months. An annual calendar will alternate through 30 and 31 day cycles for the months, but is unable to keep up with February. For this added bit of mechanical complexity we employ a perpetual calendar complication–a mechanical function that can account not only for the shortness of February but also leap years, meaning that so long as the watch remains wound, additional monthly or annual “tweaking” is unnecessary. The vast majority of brands in the upper reaches of fine watchmaking have a perpetual calendar under their belts, however this F.P. Journe is a fantastic interpretation of the complication. Known for his attention to detail, the digital indications for day, date, and month on the Quantieme Perpetuel are designed to jump forward instantaneously and in unison.

Having means of displaying two (or several) time zones on a watch can be immensely practical for anyone who travels frequently, or who has friends or business in other time zones. At a more complex level a world time complication gives its wearer a view of the time in all parts of the globe, but generally speaking a simple GMT complication covers enough bases for most. Furthermore, GMT watches most often have a more casual and daily-wear friendly design, as is the case with the Tudor Black Bay GMT seen here. Its blue and red Pepsi bezel rotates in either direction, allowing for indication of not two but three time zones without adding any visual clutter to its dial. Its chunky 41mm case and 200m of water resistance make it especially suited for dat-to-day activity no matter how dressy or rugged the occasion (though it cannot be selected for a black tie affair).

Of this list, the mechanical alarm is one of two serious underdogs. To this day I remain shocked that so few watch brands keep a mechanical alarm watch in their repertoire, as its functionality is miles more satisfying than waiting for an electronic chime to begin ringing from your smartphone. Back in the day several classics existed from the likes of Vulcain, Jaeger-LeCoultre, Wittnauer, Longines, and several other lesser known brands. These days you can still find alarm watches from JLC, Tudor (the Advisor), and also the Glashütte Original Senator Diary seen here. It’s an especially understated example, as many modern alarms are, with little giving away its additional functionality outside its strange layout of crowns and pushers.

A retrograde indication is not a complication on its own, but rather a means of displaying a particular complication. Basically, a retrograde indication uses a sweeping hand that will “jump back” to its starting point when it reaches the end of its path, rather than continuously moving in circles. You can have retrograde anything, really–retrograde date, hours, minutes, and seconds are all part of the potential offering. In the case of this funky Chronoswiss we are treated to retrograde minutes, however this piece also has another complication worth noting–a digital jumping hour indication. This pairing is quite rare; offhand I can only think of a few brands with similar complications in their repertoire.

At the top of the pyramid we have one of the more complex mechanical movements in existence–the minute repeater. This is a category of fine watchmaking that Patek Philippe has excelled in for some time, and though quite costly when compared to any of our other selections, these pieces are pretty much unrivaled in terms of complexity and exclusivity. In the case of the 5078P, the simple and understated execution in platinum is anything but attention grabbing from its dial side, though the opposite can be said of its inner workings. The compact and elaborately finished R 27 PS self-winding movement tucks nicely into its 38mm case, fully visible via a sapphire exhibition caseback. Without noticing the small activation slider on the left side of the case opposite its crown, few onlookers would have a clue how rare and exclusive a piece like this is. 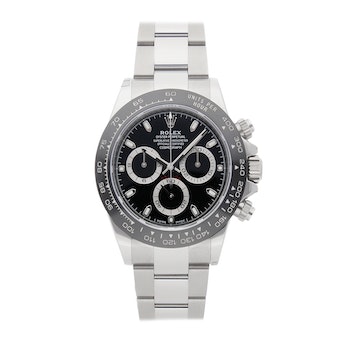 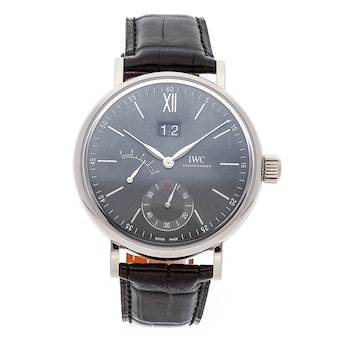 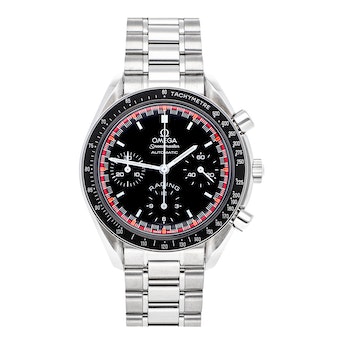 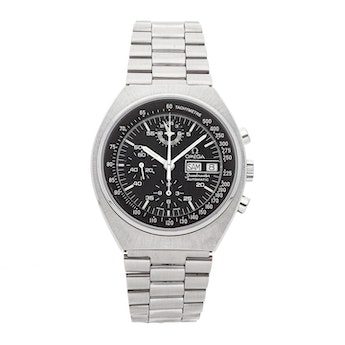 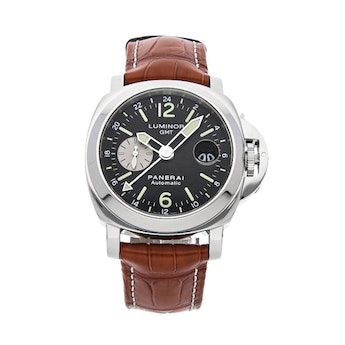