The term “tool watch” encompasses a broad umbrella of the watch industry to say the least. Dive watches are the obvious answer, but effectively anything that is built with durability and strength in mind can easily fall into the category. Much as the watch is a fashion accessory these days, it is still a useful tool depending on the task at hand. They can also loosely be dubbed “beater” watches, though that term can be touchy with some, but at the end of the day this is a watch with utility in mind rather than delicate finesse.

This time around we kept our selections fairly approachable in price, but each one is perfectly suited for wear during your daily manual tasks, whatever they may entail.

This list simply wouldn’t be complete without one of the many task-focused watches from Tudor, and in this case the Pelagos is a no-brainer. The rugged dive watch also features a titanium case, and boasts a water resistance of 500m, though without resorting to an oversized casing. At 42mm across its still quite wearable. It is offered on either a bracelet or a rubber strap, both of which include a very well executed micro-adjusting clasp. Unlike other Tudor collections there aren’t a lot of Pelagos models to choose from–a black dial, a blue dial, and a left-handed black dial with vintage tinged lume are your three choices, and none of them would be a bad one.

While we could have gone with a Submersible, the Panerai Luminor Marina is a built-tough and utility focused watch that, though not inexpensive, is perfectly suited for day-to-day wear regardless of the task at hand. A classic sandwich dial with highly legible indices, 100m of water resistance, and the usual Incabloc shock protection expected from any more rugged piece on the market, we opted for the more compact 42mm example, as the larger 44 or 47mm models are more likely to be cumbersome and at risk of banging into things if DIY projects or other tasks are on the go.

Have a soft spot for vintage 6263 Daytonas with screw-down pushers, but want something that isn’t delicate and stratospherically priced? After the first time I got to test out the Bell and Ross BR V2-94 I was immediately sold as this being the perfect go-anywhere daily watch on a modest budget. It wears fantastically on the wrist, its supremely versatile, and its matte “satin finished” steel case and bracelet keeps the piece from coming across too flashy. Its 41mm case is relatively slender (though a formal spec isn’t available) making it capable of tucking under a cuff if you’re going from utility to swanky in a hurry.

Ball watches are well known for being capable of taking a beating, and on account of its oversized tritium tube indices the Engineer Master II Aviator is a solid choice for your next tool watch. It’s 46mm in diameter, is anti-shock resistant against up to 5,000 Gs, and is offered on steel bracelet, and either a rubber or leather strap. Fans of the more traditional pilot watch will no doubt appreciate this unique take on the style, just as much as lume fans will love its bright ambient glow when the lights get low.

Much like some of our other contenders, there is no shortage of Seiko offerings that fit the role of tool watch, going all the way down to the basic SKX007 diver and recently released “Mini Turtle” models, but this newly beefed up version of the Astron was our choice for a handful of reasons. For started, this update increased its water resistance to 100m, made its application of luminous material more prominent, and added an integrated rubber strap to the already rough-and-tumble timepiece. From a features standpoint there’s a lot to love with this Astron as well, as it includes a perpetual calendar, GPS-based automatic time zone switching, a chronograph, and world time indication. Though it uses a titanium case fitted with a ceramic bezel, its 46.7mm diameter and 14.6mm thickness make it relatively hefty, all things considered. 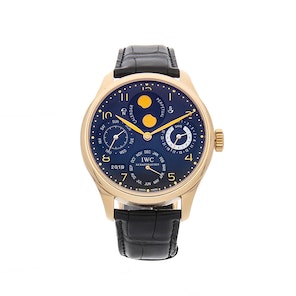 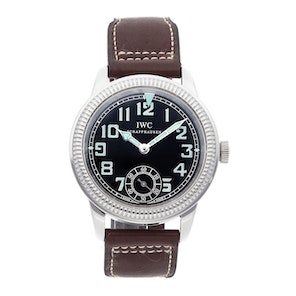