Omega watches have recorded some of the most significant moments in time. From the Speedmaster Professional in orbit to the Seamater family’s silver screen roles alongside James Bond. Browse our pre-owned assortment of Omega watch models such as the Seamaster, Speedmaster, Constellation, and more. 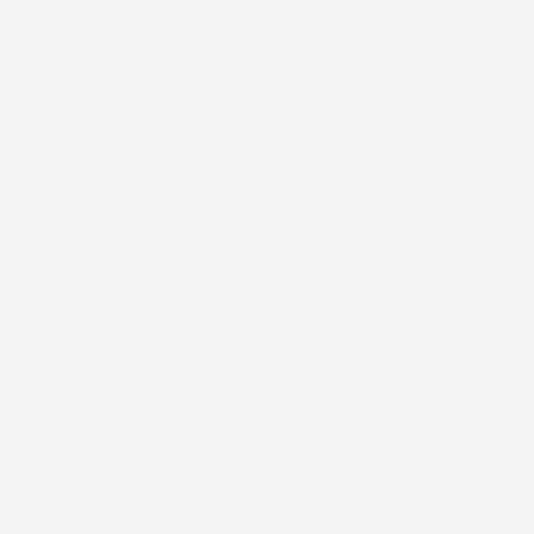 Omega watches trace their origins to the 1848 La Chaux-de-Fonds workshop of Louis Brandt. Nearly a century of family control followed, and 1903 witnessed the adoption of the name “Omega” from amongst the many brand names previously used by the firm. Omega’s longstanding dedication to chronometry, Olympic and sports timing, and adoption by space agencies has created a legacy equaled only by its eternal rival, Rolex. With impressive models like Speedmaster Professional and robust Seamaster, pre-owned Omega watches offer legendary options for every collector. From the Speedmaster Professional in orbit to the Seamaster family’s silver screen roles alongside James Bond, pre-owned Omega watches offer legendary options for every collector.

Founded in 1848 in La Chaux-de-Fonds, Switzerland by Lois Brandt, the Omega brand has a reputation for quality and innovation, which have led to more than 170 years in production. The name “Omega'' is derived from the final letter in the Greek alphabet and symbolizes perfection and accomplishment, which are two qualities that have been ingrained in every watch created by this company. In 1879, Brandt passed his business to his two sons, Louis-Paul and César, who carried on the brand’s legacy. Nearly six years after taking over Omega, the company created their first series-produced watch movement called the “Labrador,” later influencing watchmaking as we know it. Before the turn of the century in 1894, the Brandt brothers launched the infamous 19-ligne caliber—an extremely accurate movement that set a new standard and simplified the technology without sacrificing functionality or quality.

Omega has received numerous awards, beginning in the 1900s. In 1932, they became the official timekeeper of the Olympic Games and introduced the world’s first commercially available diving watch. Then in 1936, Omega received recognition at the Paris World Fair and achieved the world precision record of 97.8 points at the Kew-Teddington observatory, located in England. Also important to note, Omega created one of the first tourbillon wristwatch movements in 1947.

Since their first go at the Olympics in 1932, Omega watches have gone on to be the official timekeeper of at least 21 Olympic Games, and even received the Olympic Cross of Merit for the contribution made to sport. Omega was the first watch worn to the moon, on the wrist of astronaut Buzz Aldrin, and the company developed the first ever self-winding central tourbillon watch in 1994. Today, Omega watches are made available in the sporty Omega Speedmaster and Omega Seamaster collections, as well as the more dressed up De Ville and Constellation families.

Synonymous with precision and excellence, Omega produces several collections that sweep collectors off their feet. However, few live up to the popularity and intrigue of the Speedmaster and Seamaster. From the depths of the sea to the extraordinary cosmos, Omega seems to have accomplished it all. Learn more about these two fascinating collections and discover a few pre-owned Omega pieces that are available.

Claiming its title as Omega’s flagship model, it’s top of mind when one thinks of this brand. First introduced in 1957, the Omega Speedmaster Professional or “Moonwatch” was launched into stardom after it accompanied Buzz Aldrin to the moon in 1969. Today, this robust line of chronographs is available in various styles, colors, and limited editions. For example, check out this pre-owned Omega Speedmaster Chronograph Anniversary Series "Silver Snoopy Award" 310.32.42.50.02.001 piece equipped with a stainless steel case and a blue ceramic bezel. Or, discover this sleek, classic Speedmaster Moonwatch Professional Chronograph for a more timeless look. Still interested in exploring all that the Speedmaster suite has to offer? Read this article titled “Fraternal Twins” that discusses the Omega FOIS and CK2998 references.

Popular among divers, adventure-seekers, and watch enthusiasts alike, the Omega Seamaster collection was created to commemorate the brand’s 100th anniversary, and eventually, became more popular after being spotted in the 1990s James Bond movies. Now, collectors can find various iterations of the Seamaster in watch models like the Aqua Terra, Planet Ocean, Ploprof, and Seamaster 300. Explore Aqua Terra offerings when you check out this pre-owned 150M Ref. 231.10.39.21.03.001 piece — and, watch this expert review of the Aqua Terra 150M ref. 2503.50.00 to see a model up close. Lastly, be sure to discover the exquisite Planet Ocean portfolio and read this article that discusses the Omega Seamaster Planet Ocean Chronograph in detail.

What Makes Omega Watches so Appealing?

While Omega watches offer precision timekeeping, they are also one of the most well-known watch manufactures around the globe, thanks to their use in movies, sports and more. Omega owners have something in common with George Clooney, Nicole Kidman, Daniel Craig, and Eddie Redmayne, who are all ambassadors for the Omega brand. Today, wearing an Omega timepiece instantly sets you apart from the crowd, letting others know that not only do you have exquisite taste, but also appreciate the superior craftsmanship of one of the best mechanical watches available today

When you purchase pre-owned Omega watches, you not only have access to some of the newly released models, but also the vintage versions that are no longer in production. Do you want to wear the same watch that traveled to the moon? Or used by divers in the Olympics? If so, you can’t always buy new. At WatchBox we provide our customers with access to years of Omega models. We specialize in providing only like-new options -- certified or serviced by our Omega-authorized watchmakers -- ensuring you get the quality timepiece you want and deserve. If you want to reap the benefits offered by purchasing luxury Omega watches, we offer a huge selection of styles, models and types to choose from, backed by our global WatchBox warranty.

Where are Omega watches made?

Omega watches are created, produced, and finished in Switzerland. As one of the leading Swiss Watch brands, all of their timepieces are meticulously crafted and thoroughly inspected by the industry’s top experts.

How much do Omega watches cost?

All pre-owned Omega watches vary in price due to various factors like model, functionality, condition, demand, boxing, and official documentation. Currently however, our inventory of Omega pieces range in cost from $1,550 to $79,950.

How can you make sure an Omega watch is authentic?

To begin, ensure that all dial details and engravings on the Omega watch are spelled correctly. Additionally, on an authentic Omega, the logo should be a separate piece of metal that is attached to the dial. Next, the hands should move in a smooth motion, and should not tick or stutter. Other signs to look out for include the quality of lume and serial number placement. To learn more, read this article about red flags and how to avoid rip-offs when buying a watch.

Do Omega watches hold their value?

Typically, Omega watches hold their value because of the brand’s popularity and unparalleled quality. However, the value of an Omega may fluctuate based on several factors like supply and demand, type of model, condition, accessories, and age.

WatchBox guarantees the quality and authenticity of every pre-owned Omega watch that we sell. Our in-house team of Swiss-trained watchmakers, technicians, and refinishers thoroughly inspect each piece and bring it back to manufacture standards before they’re presented for sale. Learn more about our authentication process, or see how your purchase is secured by our 2-Year Sales Warranty.

Whether you have a need for speed or just a penchant for really cool luxury sports watches, there’s something for every collector on this... Read More - 10 Sports Watches You Won’t Want to Miss

Collecting Together with Gauthier Borsarello

Put ten collectors in a room and ask them why they collect and you’ll get ten very different answers. Some spend their lives searching fo... Read More - Collecting Together with Gauthier Borsarello